Climbing in Slovenia is a year-long activity. There are over 120 sports climbing crags, some of them warm enough for winter climbing, tons of trad- and bolted multi-pitch climbs, icefalls…

If you’d like to do a bit more than just hiking in the mountains, or if you’d like to try out rock climbing, you might like some of the ideas I put together based on my personal experience. Also, assuming you’re a climbing beginner, you might want to play it safe and hire a mountain guide; I included some recommendations in individual climb descriptions. 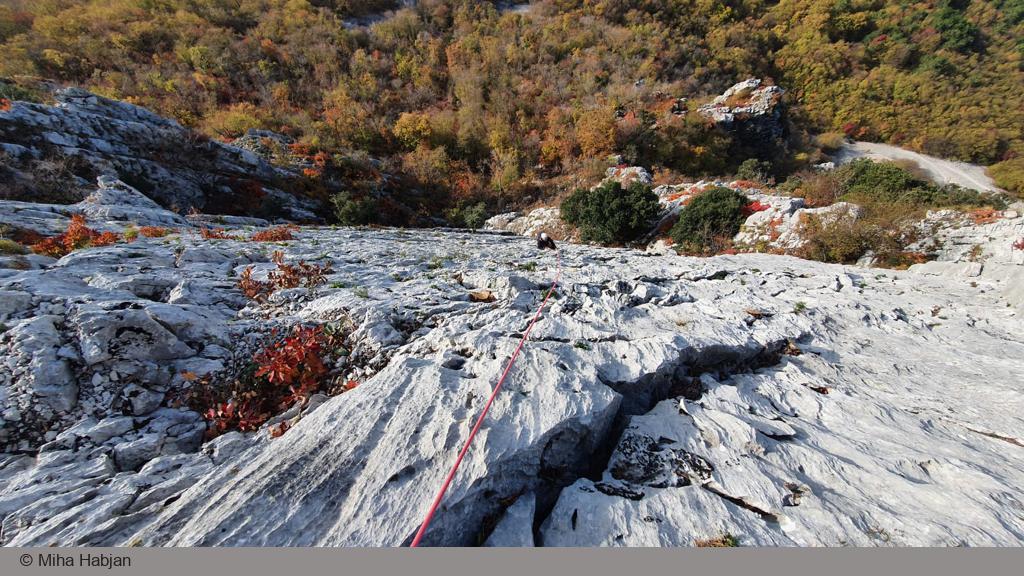 I love spending sunny autumn and winter days in the rocks above Vipava; the crags around Gradiška Tura were one of my first sports climbing adventures. Years later, I started tasting the long trad climbing routes, resulting in a discovery of a recently-created masterpiece: an almost-vertical slab with fantastic compact rock and almost a dozen bolted multi-pitch routes. 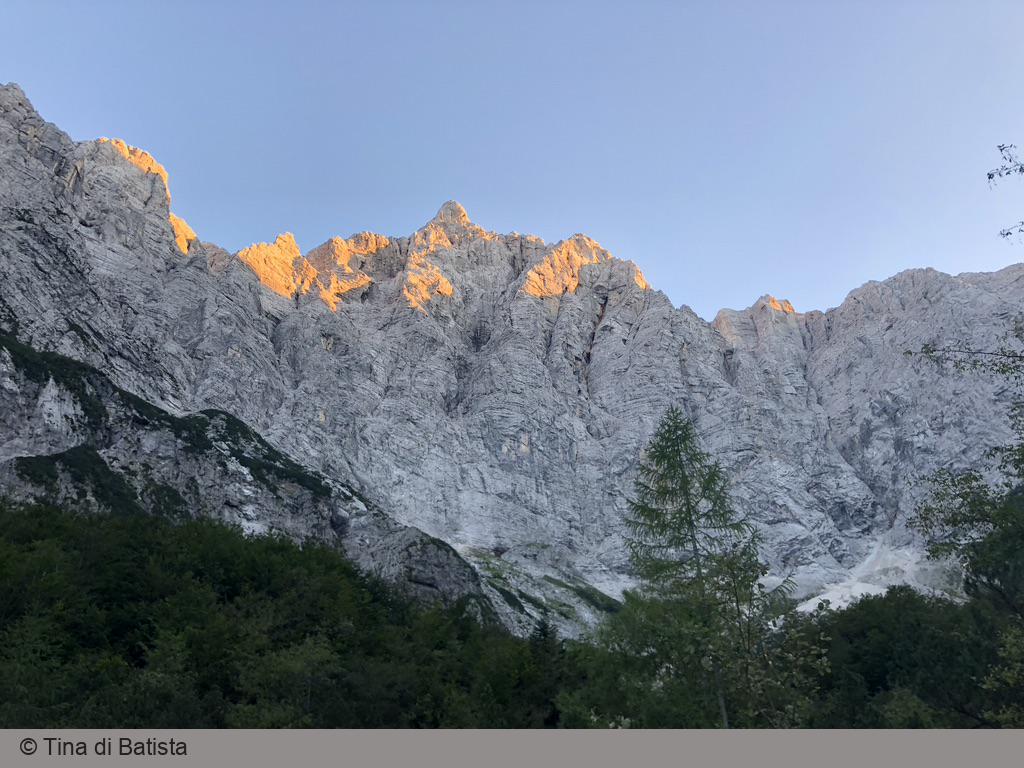 Climbing the central part of the enormous Triglav North Face was considered one of the big problems of the Eastern Alps in the late 1800s until three Austrian climbers managed to climb the German Route (Nemška Smer) in 1907. 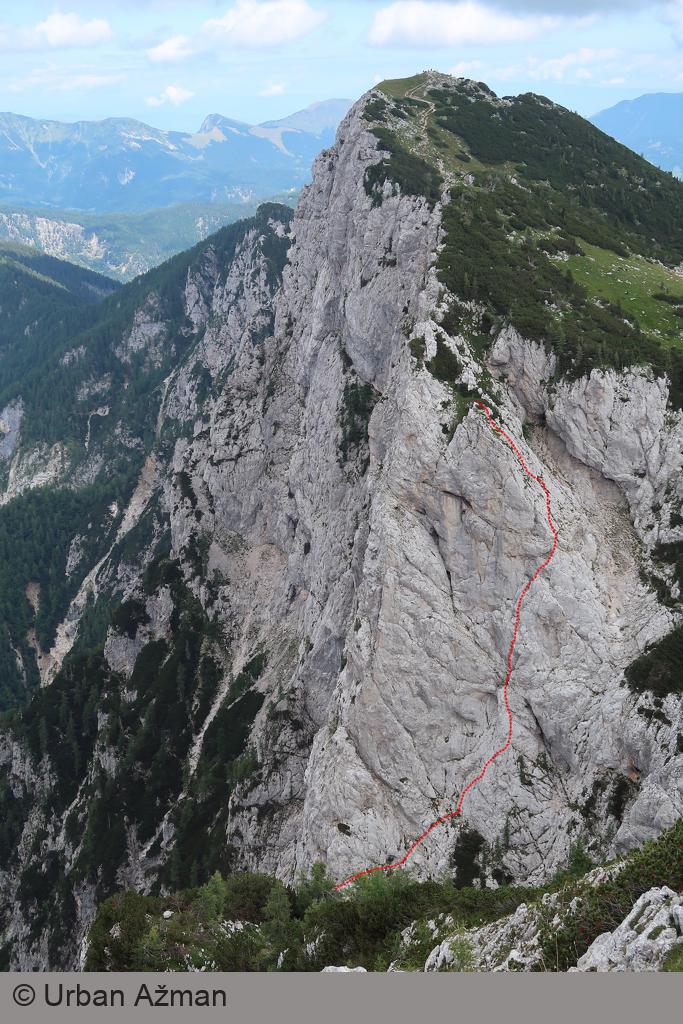 Debela Peč is one of the most visited peaks in the Julian Alps, with processions of hikers going up and down its slopes from late spring to autumn. To avoid the crowds, you have to move just a stone’s throw away, and you’ll enjoy perfect solitude and great views of Krma valley and Triglav while climbing Debela Peč’s North Face. 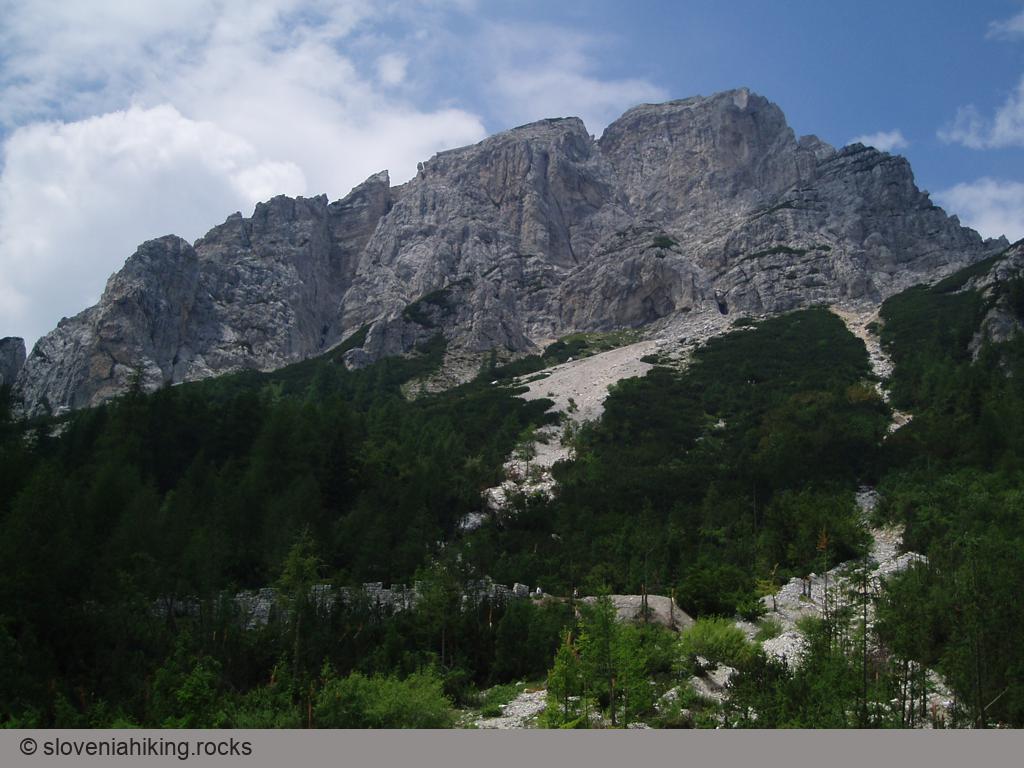 Climbing the rockfaces above Vršič pass is as close as one can get to Plaisir alpine climbing in Slovenia. You’ll start above the treeline, hike for 30-45 minutes, and enjoy an extensive collection of trad- or bolted multi-pitch climbs, either in full sun (southwest face of Nad Šitom Glava) or shadow (north faces of Nad Šitom Glava or Mala Mojstrovka). 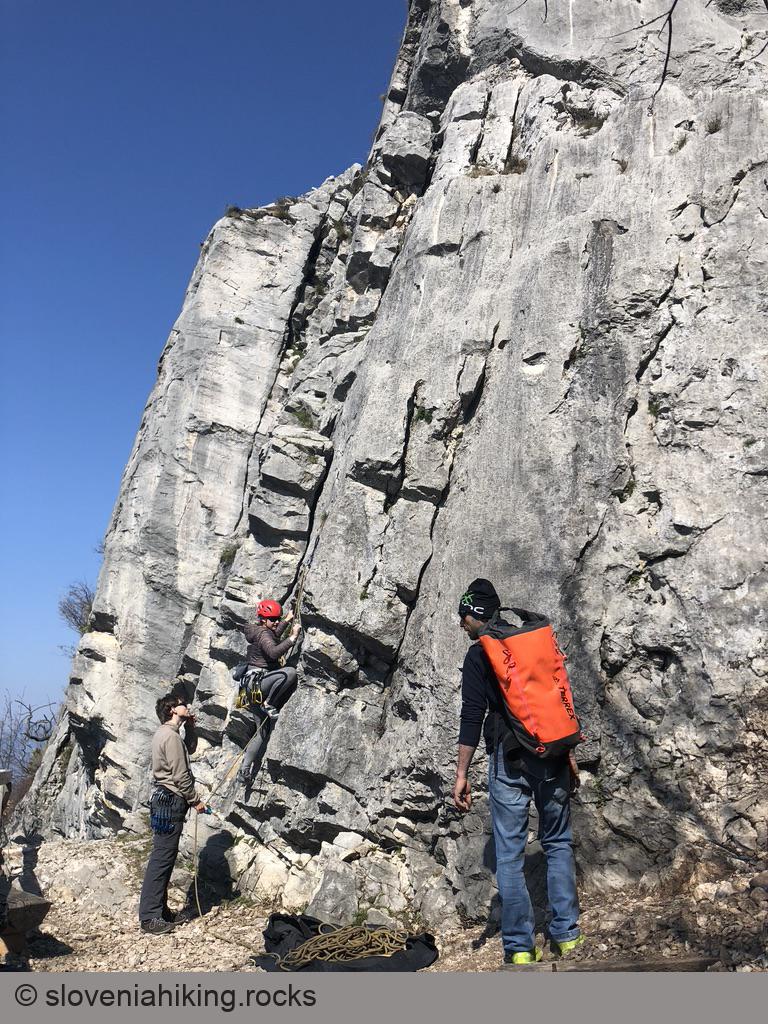 When it’s too cold to climb in Vipavska Bela, try the sunny southwest-facing crags above Vipava. Regardless of whether you’re a total beginner or a slab master, you’ll find tons of well-protected climbs to enjoy. 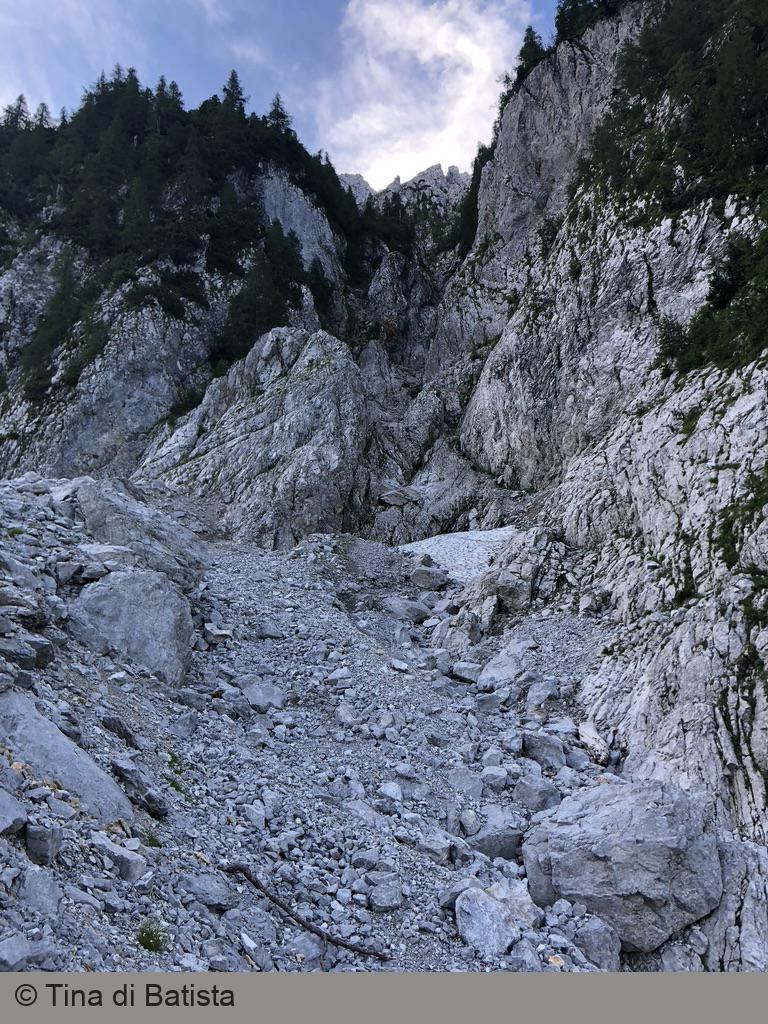 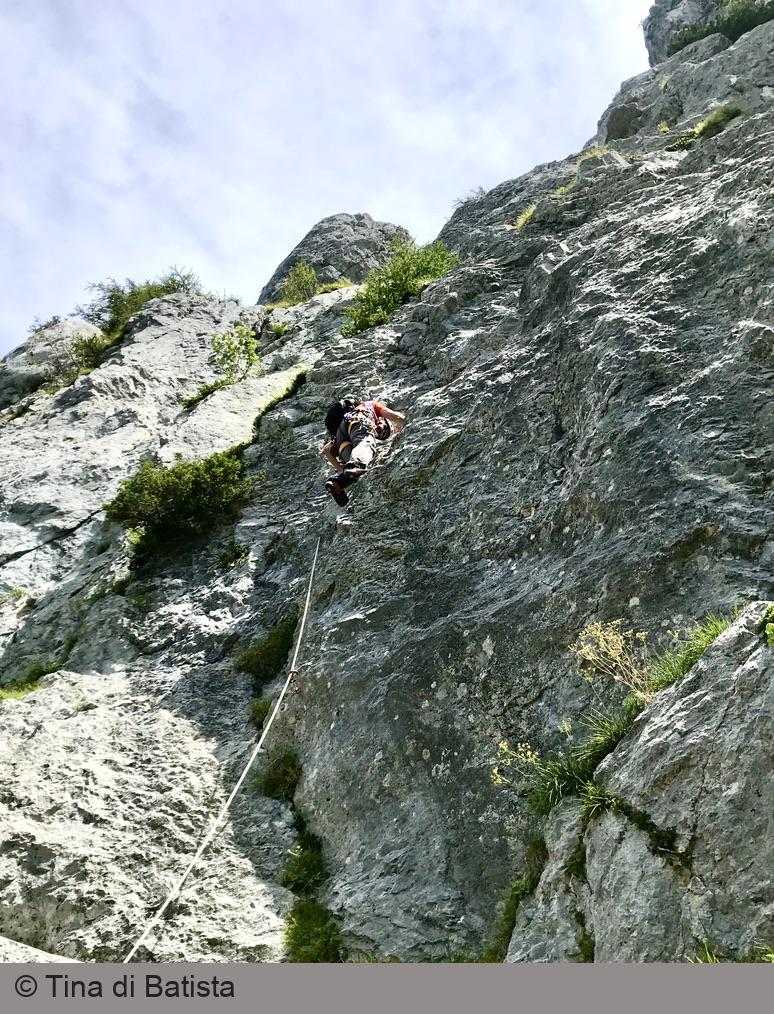 Veliki Vrh is a barely noticeable peak in a side ridge west of the prominent peaks of the Kamnik Alps. What sets it apart is a patch of monolithic rock in its southwest face with over a dozen well-protected bolted multi-pitch routes – the ideal destination for a leisurely day on the rocks or the first steps into the exciting world of multi-pitch climbing. 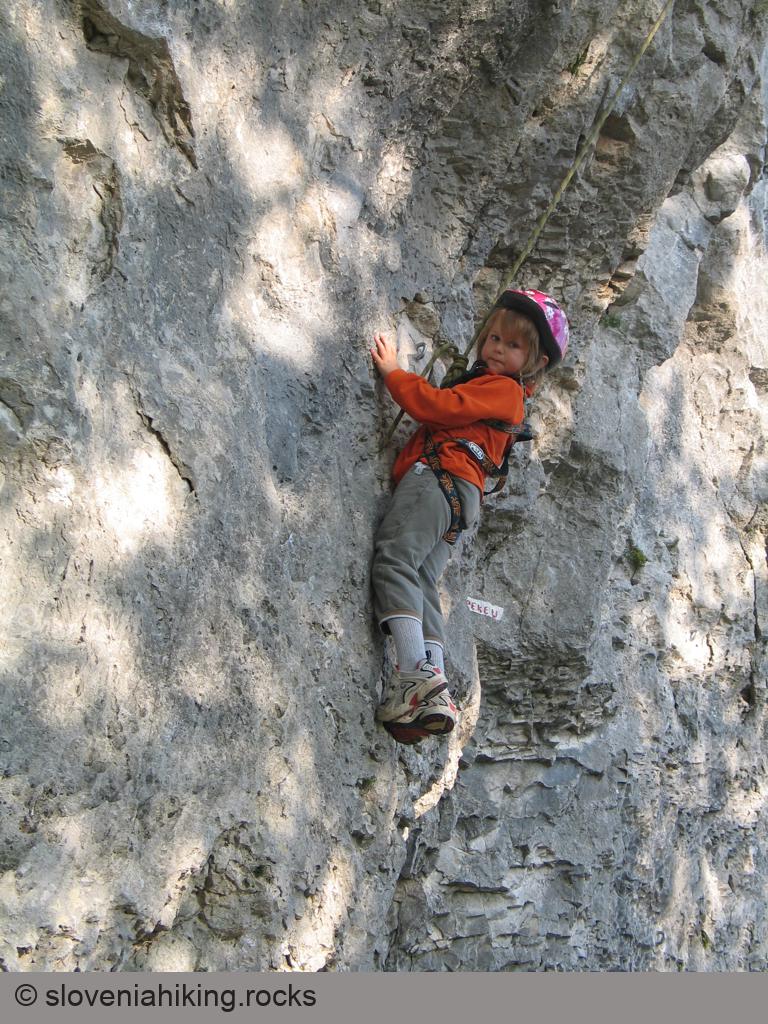 Vipavska Bela is my favorite climbing spot. Compact rock, short and sweet climbs, lovely family-friendly surroundings, no-hassle parking, a two-minute walk to reach the crag… what else should one hope for? 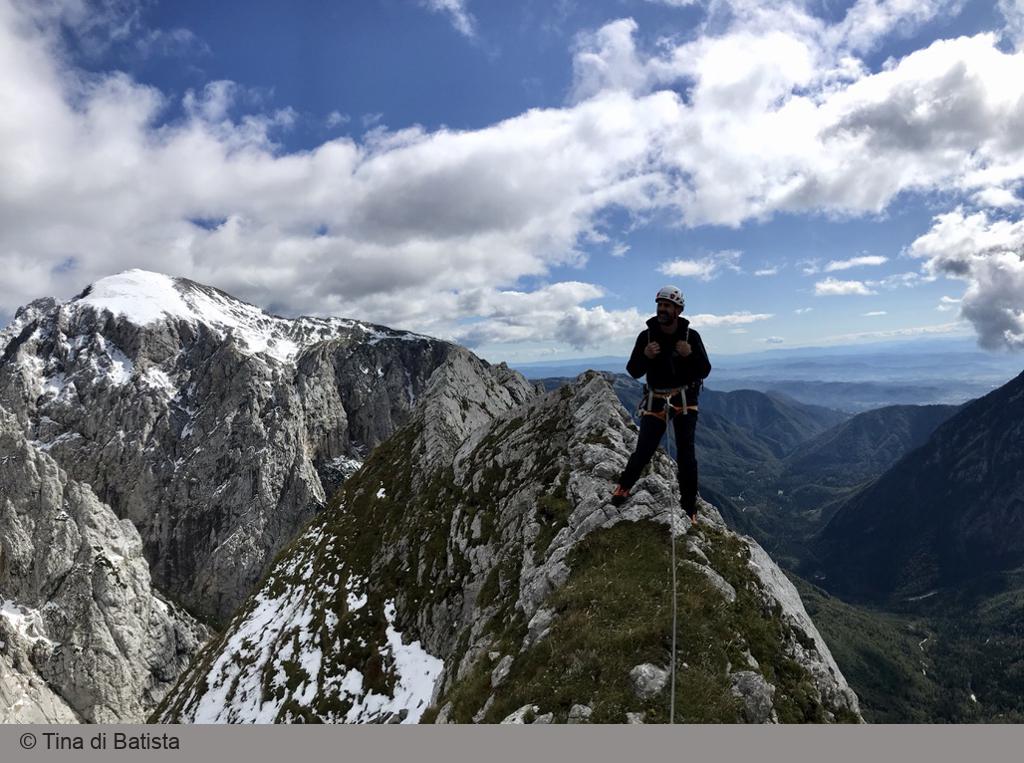 Veliki Greben is a giant ridge in the heart of the Kamnik Alps. Even though it ends at a popular hiking trail traversing the southern slopes of Skuta (near the Instagram-famous bivouac), you are almost guaranteed to climb it in perfect solitude. Combine that with fantastic views from the exposed thin edge you’ll be climbing, and you’ll get an unforgettable experience. 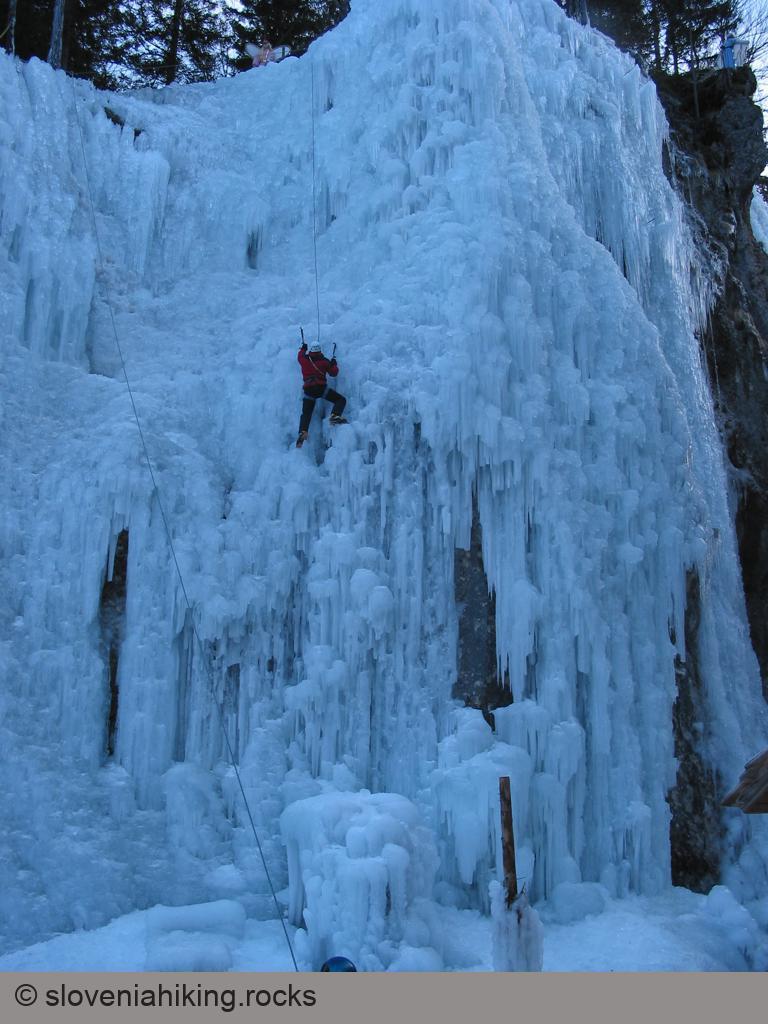 Climbing a vertical column of frozen water is a must-have experience. Not sure about that? Get an ice climbing instructor or a mountain guide, and try it out in Mlačca gorge.